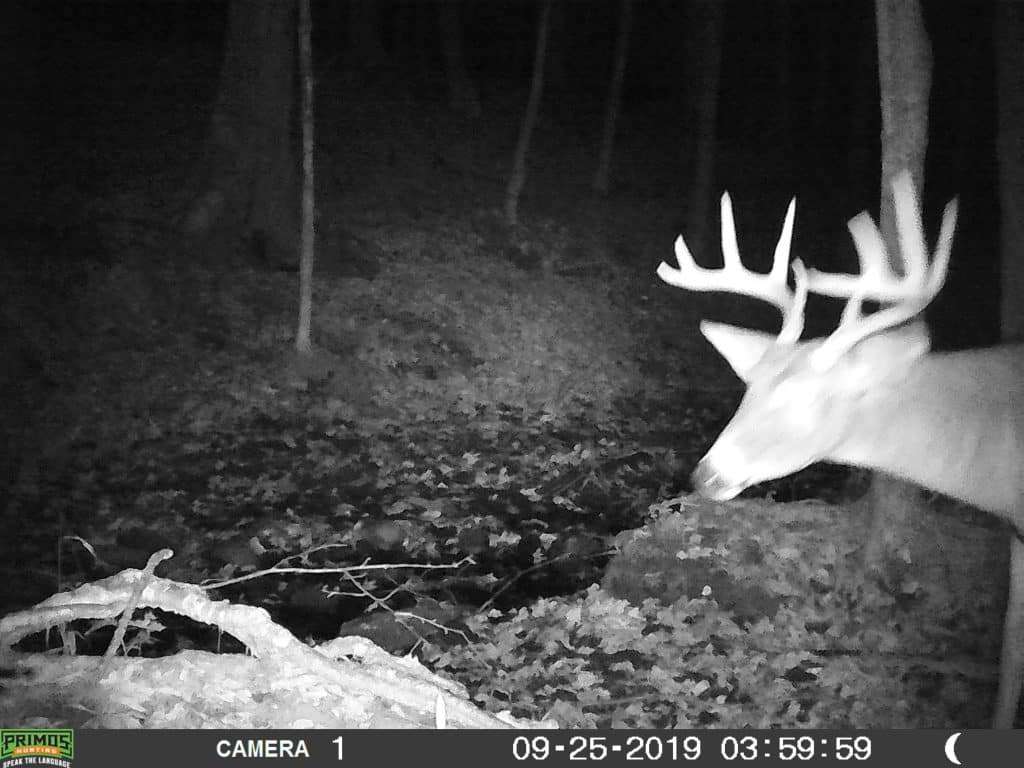 I was feeling pretty good about myself after my Monday had gone better than expected, so I decided to stop in a local sporting goods store to bring my happiness level back down a few notches before I had to pick up my son from school. Let’s just say that the attitude of the folks in the store is not one of favorability toward my type, but I stop in there anyway from time to time.

As I made my way toward the door after a spirited discussion, I heard, “Looks like you still have most of your rear end.” The joke, however, was on him because I didn’t have much of a rear end to begin with, so I had little to lose. I vowed to return when I had time for a more thorough chewing. Perhaps those in the shop will make some progress then.

I picked up Sam from school a few minutes later. He made sure to rub his muddy feet all over my truck seats before settling in. On the drive home we talked hunting – it was on my mind, after all. One does not get chewed out for twenty minutes about how bad the hunting is and then not discuss how much fun he and his son are going to have chasing deer together over the next couple of months.

The following evening would be my first night in the woods pursuing the elusive whitetail buck. New Hampshire’s archery season had opened over a week before, but thanks to responsibilities I hadn’t had a chance to step foot in the woods yet. On the ride home I told Sam tall tales of monster New Hampshire bucks snacking on acorns and generally waiting around patiently for me to come kill them. “It’s easy, this hunting thing,” I said. He’s starting to question my stories. I can tell by the look in his eyes when I launch into one. I yell at him for getting mud on my seats when he acts like that.

I didn’t even bother to bring my climber on Tuesday. I had a couple of hours to hunt and decided to use it wisely by setting up trail cameras and doing a bit of scouting before settling in for the last hour of the day. As I feared, acorns are everywhere. It’s like someone took buckets of them and dumped them all over. Even the maple trees and pine trees produced acorns this year. It’s nuts! It’s also not good. Every year I hope to find only one nut producing tree that all the deer visit in the daylight. This is not going to be that year.

In my haste to get to the woods, I failed to check the weather, therefore I was not dressed adequately for it. Not long after I set up a couple of cameras, the skies opened, and rain fell in biblical proportions. Ten minutes in a chipmunk floated by. At the twenty minute mark, I was sure I heard a guy building an ark off in the distance. After twenty-five minutes I gave up and went home. Glamorous my first hunt was not, but I did accomplish one important task. Getting a set of eyes in that stand of oaks was crucial to proving to Sam that a monster was indeed waiting for me.

I was able to return Thursday evening for round two. I had even less time to hunt on Thursday than I’d had on Tuesday, so again the game plan was to scout and check my cameras. Forty-eight hours should be enough time to at least let me know if there are any deer in the area, I figured. One nice buck showed up well after dark, plus a bear. It was exciting to see the buck because I’m 99% confident I have gotten pictures of him over the last three years, but it was otherwise disappointing to discover that there had been no daytime activity in the past two days. I opted to retreat to a location that held better sign and finished out the evening there with no luck.

Sunday was a different story. On Sunday afternoon I had more time to haul my treestand in with me. The game plan was simple yet again – hike all the way to my cameras and check them once more. If they showed activity, I’d stay. If not, I’d move on to a different set of oaks and try my luck there. The first camera that had the buck on it two days prior only had one bear. The second camera had a bear and a couple of deer. One of the deer was on Thursday evening, you know, the evening I decided not to stick around, and from the blurry trail camera photo it looked as if it could have been a decent buck feeding on some nuts. The excitement of getting a picture of buck feeding during legal hours convinced me to stay there for the rest of the evening.

Later, when I was able to view the picture on my computer, I would determine that it was not a buck and that I had spent a fruitless evening perched over some acorns that the bucks aren’t currently interested in. At least it felt good to be in a treestand. And that sums up my time in New Hampshire so far. I confirmed the following: There is a lot of food in the woods. I don’t know where the deer are at. I do know that my time would likely be better spent scouting right now than sitting in a tree. I’ll probably sit in a tree anyway.

I may have one more chance to hunt New Hampshire before the weekend, but at this point I’ve turned my focus on Vermont’s archery season which opens this Saturday. I’ve got a spot on this side of the river where the hunting is terrible (so I’ve been told) that has a decent buck wandering around well after dark. I specialize in finding those types of bucks and they inspire the tall tales I tell Sam.  I suspect I’ll be more than happy to shoot a doe if presented with an opportunity.