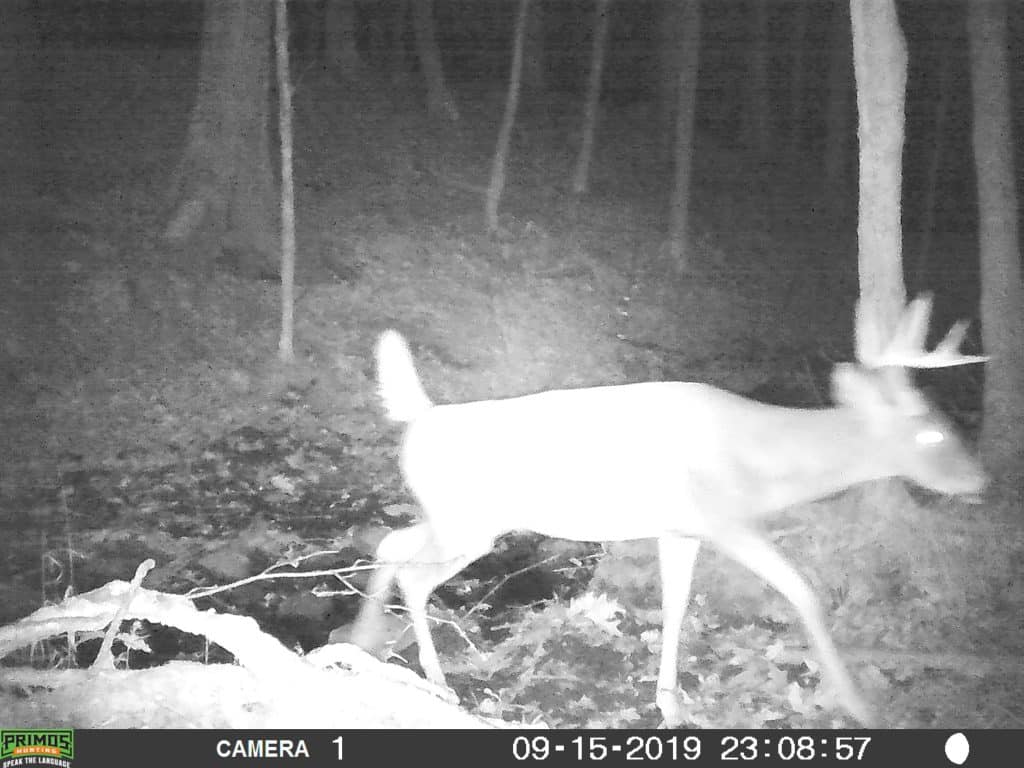 The New Hampshire archery season opened on September 15th, and I have yet to step foot in the woods. Instead, I’ve been staring longingly out the window while at work or my mind has drifted off to places unknown while my wife tries to tell me something. The agony of not being able to hunt reminds me of my youth when I used to sit in class doing the same exact thing. Life was unfair then and it still is now. How could my parents force me to attend school and allow it to get in the way of a good education? Likewise, I shouldn’t have to work, at least not during deer season.

Fortunately, it was not that uncommon for me to get occasional fevers during the fall, especially on the second Wednesday of November. It was uncanny how the timing of my fevers often coincided with the opening day of rifle season in New Hampshire. Some years I would get very sick and miss an entire week of school. I still get those fevers to this day. Doctors are baffled as to how to treat them.

My dad would sometimes take me to my uncle’s house in Wyoming to aid in my recovery of the longer fevers. Part of the recovery process was working on schoolwork I was “missing” out on back home. I have vivid memories of sitting at my uncle’s kitchen table during the midday hours, struggling to focus long enough to complete my schoolwork. His kitchen table overlooked a narrow drainage filled with dense brush and 6000 deer. On the other side of the drainage was an alfalfa field where twice as many deer did their best to keep the alfalfa trimmed low enough to save the rancher from spending time harvesting it. Sometimes, pheasants would pop out of the drainage long enough to put on a nice show. Watching all that was much more educational than studying some dumb algebra equation.

The other part of the recovery was getting up early to chase mule deer or whitetails. Then we’d come in once my fever had subsided a bit, and the older guys would take naps while I plodded through algebra problems I’ve yet to come across a need for to this day. After an hour or two of that, the fever would be so intense again that a return trip to the field was clearly necessary in order to stave off my impending death.

Those quiet hours at his table staring at the deer in the field and listening to the clock tick away were torture. It reminds me of what I’m experiencing right now while waiting for the opportunity to climb a tree and stare at my phone until it’s time to climb down. The deer are out there, and I’ve been stuck working or attempting to be an otherwise responsible individual. I confess, sometimes I pull up a trail camera photo and look at it while sitting at my desk. I imagine what the feeling would be like to be perched in a tree stand high above the nice buck in the photo at full draw. Settling the pin on the buck would be difficult in the dark I bet, not to mention illegal, so then I imagine what it would be like to see the buck in the photo during the day. Imaginations are the best.

A guy can dream, and if he can’t hunt, dreaming about hunting is all he can do, at least until the phone rings and interrupts the dream. That’s the worst. Actually, the worst is not being able to hunt. The second worst is when the phone rings and interrupts a dream about hunting. Once that’s happened, there’s virtually nothing left to do except to go back to work. That’s the worst.

During a recent imagination session, I imagined that my strategy for hunting the early season in New Hampshire would be to check out the oaks to see how they are producing. In years past, I’ve learned that the deer, bucks especially, like to frequent the oaks in the early fall as part of their winter survival plan. They like to visit these oaks after dark as part of their fall survival plan. I’ve learned that too. That’s why I like to use my imagination so often, but every now and then a buck will develop a pre-dusk desire to fill his belly and make a trip to the oaks in the daylight. It’s a sight to behold when it happens. Anyone who has had the good fortune of seeing antler beams gleaming in the sunlight streaming through the early season treetops, or to watch a majestic buck crunching on acorns as the sun sets on another day knows what I’m talking about. If they don’t, they’re probably stuck at work too often. That’s why fevers are important.

Thinking about a certain stonewall gives me the chills that a full dose of Advil has no effect on. It lives deep in the woods and its moss covered stones slice a path through a hillside dotted with towering oak trees. No doubt acorns are currently raining down with the fury like that of a mid-summer thunderstorm, the sound of which is akin to ringing a constant dinner bell for all bucks in the area. I’ve oft imagined connecting with a nice buck there during the early season because my trail cameras have told me it’s a real possibility, and I plan to kick off my season there when the opportunity presents itself.

For now, I’ll have to keep popping the pills of imagination to keep my feverish symptoms in check until the medicinal properties of a treestand can be applied. The severity of my fever tells me the time is close. So severe, in fact, that I better go dig up some trail camera photos of big bucks to bring it back down a notch right now.