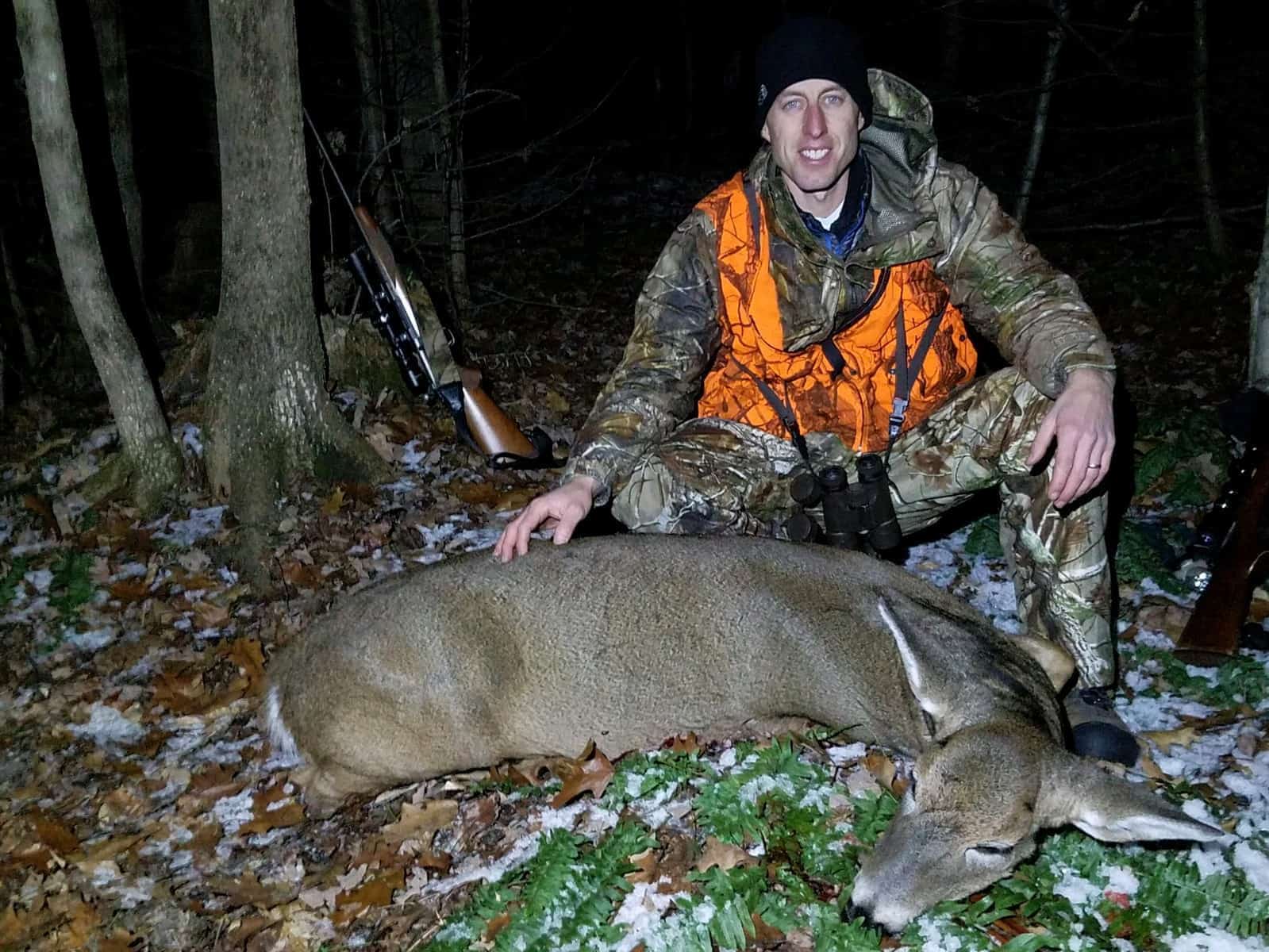 “You have three more chances to bring a deer home. If you don’t shoot anything by then, you’re done.” She said.

My wife, bless her heart, has grown weary of me spending time in the woods while watching our venison stores in the freezer continue to deplete. She’s had trouble comprehending that I only kill big bucks now. I made that personal change at the end of last season, as I do every year. If you’re only going to kill big bucks, you must be willing to eat some tags. If you are not willing to eat tags, shoot a deer. That’s what I was forced to do last Thursday evening on my third and final chance to bring home some venison as the lady of the house demanded.

I’d been slowly zeroing in on the deer for the last two months. Normally, it doesn’t take that long, but this year it has. The deer have been very tricky and somewhat opposed to becoming freezer filler. They’ve been zigging when I’ve been zagging, or something like that. Most of the time they have been showing up when I haven’t been there. On the day I killed my deer, for instance, I decided to hunt a different spot in the morning only to discover later in the day that the deer had quite a gathering where I’d normally been spending my time. A little snow cover helped point that out.

Snow can be a blessing and curse, kind of like trail cameras. On the one hand, they can help you identify where the deer spend some of their time. On the other hand, they can make you depressed because you learn what goes on when you can’t be there. Everything goes on. Everything. Big bucks walk by, deer have wild parties, they sleep there, eat there, and poop there. When I show up it’s like a desert wasteland.

Ah, but not Thursday afternoon. There was a frozen layer of snow on the ground which made the leaves extremely crunchy. Hearing an approaching animal would be no problem at all. I love that.

I heard the unmistakable noise of an approaching animal about an hour before dark. My heart was beating about 250 times per minute as the animal approached at an agonizingly slow pace. Crunch…. crunch…. crunch…. It was emotionally taxing, and I was almost spent by the time the porcupine revealed himself to me. “You again!” I whispered in disgust. I’d followed him up the hill at the end of a hunt a few evenings prior and introduced myself, so I knew he was in the area. A friendly guy, but an introvert for sure – reminded me of me. He climbed up a tree twenty yards to my right and settled in somewhere higher up, leaving me and my heart rate a chance to settle down.

Not long after the visit from the porker, a deer started blowing way down the hill from me. On and on it went, but who knows why. I figured it was just another one of those nights where our paths didn’t quite cross. So close.

But then I heard the first faint crunch of a hoof stepping onto frozen leaves. Then another, and then another. This sound was coming from a different direction than the deer blowing. That one was down to my left, this one down to my right. There was no mistaking this noise. It was a deer, maybe more. The leaves were so crunchy that I could have had time to eat three sandwiches, write a few emails, clean my gun and take a leak, but I didn’t. Instead, I got into position and waited as they slowly approached, my trigger finger ready for action.

I was sitting in a small strip of scrubby pines and hemlocks. Behind me was an open hardwoods, and below me was more scrubby evergreens with crisscrossing old logging roads, the kind with trees starting to grow in them. There was snow in the open areas on the logging roads, but not in the surrounding ground that was under the canopy of the evergreens. I’d be hard pressed to squeeze a shot off that was more than fifty yards in that stuff, but thanks to the patchy snow I could see movement long before the open shooting lanes directly in front of me.

Finally, I saw some legs moving on the snow-covered road. It was a doe, but I could tell there were more deer behind her. My heart jumped at the thought that it could be the big boy I’ve been waiting for and the reason I’d passed a doe on opening day of muzzleloader. It wasn’t to be. Two more bald headed cervids appeared, and despite my best attempts, I could not grow a set of antlers on any of them. The choice before me was clear. I could either shoot a doe with twenty minutes of doe season left, or I could pass again with hopes that I’d have a few more opportunities at a buck. With the Vermont season in full swing and more limited time than normal to hunt this year, I decided to shoot when I had my first chance.

The lead doe cautiously walked along the trail below me about thirty-five yards away. I used the first two shooting lanes to confirm that she was indeed an adult deer. Shooting little ones is super embarrassing, and I try to avoid that if I can. When she stopped broadside in the last lane, I squeezed the trigger.

Dad called me when he heard the shot. “How close was that to you?” he asked.

“Pretty darn close,” I said as I picked up the casing laying beside me.

He made it to me just as darkness set in and we located the deer about thirty yards down the hill. It’s always fun to be out with my dad, especially when one of us fills a tag!

So, my firearms season in New Hampshire has come to a close. I’m always slightly disappointed when I fill a tag and feel like I could have done better. I’m happy with the doe and to have some fresh meat in the freezer, and at least now I can continue hunting since I brought home some venison as my wife demanded, but it just feels like I left something out in the woods. Like a big set of antlers, for instance. I suppose it’s time to rededicate myself as only a big buck killer now that I’ve shot another doe.

It’s back to Vermont for me. The season is open for one more week, but I probably only have a hunt or two left in my schedule. How is your season going?

Did you miss my helpful tip for Staying Warm? You can watch that here: