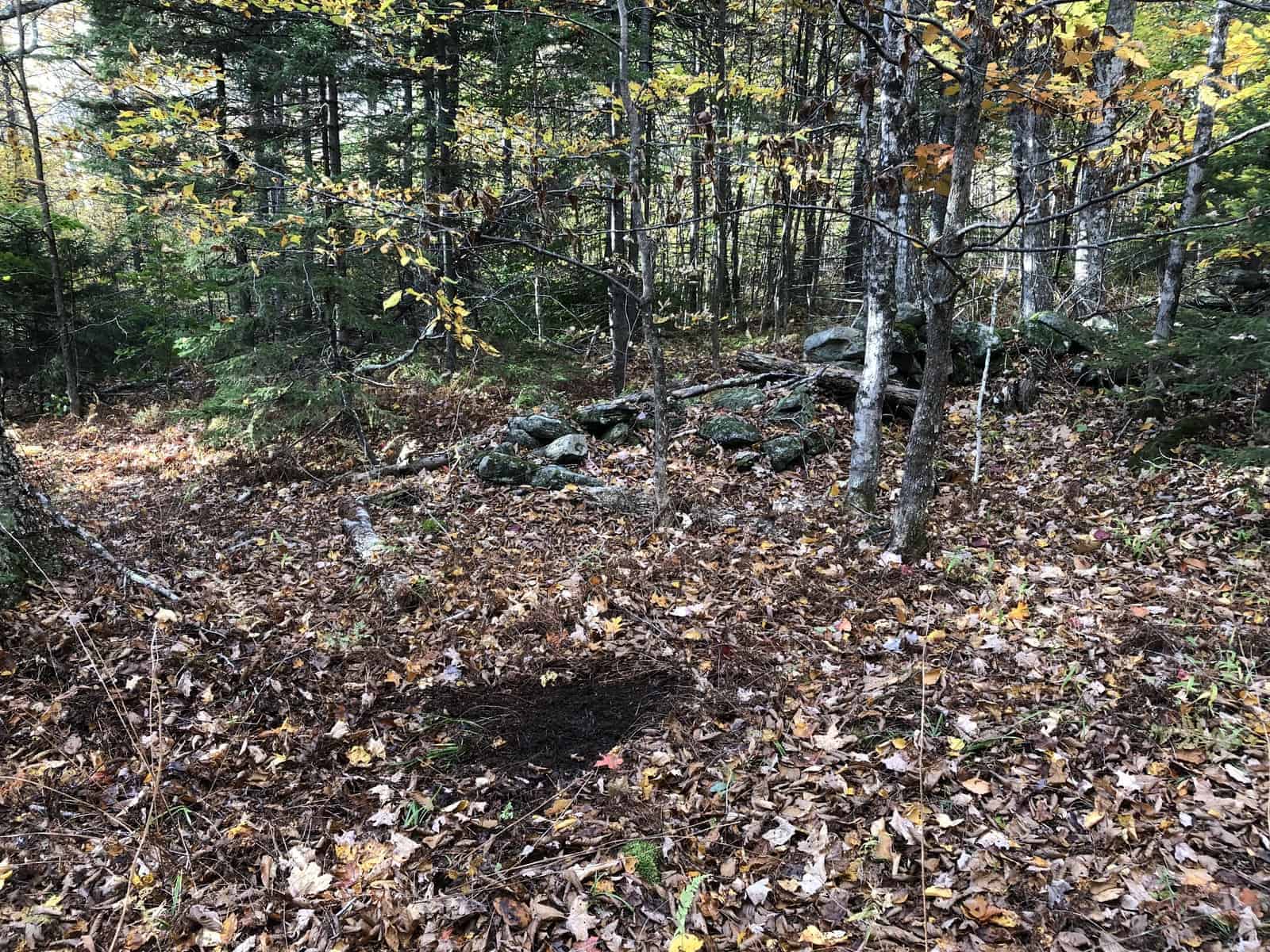 My Mother-in-law came for a visit last week. She mostly likes to help with my kids and hang with her daughter. She claims to like me too, but the way I see it, I am the low man on the totem pole when stacked up against my wife and kids, so I took that opportunity to sneak out for as many hunts as possible during her visit. While I was out hunting, I got the feeling that my wife took the opportunity to reinforce her feelings to her mother that hunting is usually a complete waste of time. Appalling. Simply appalling.

I can’t say I blame them for their incorrect belief system, because it’s largely based on the fact that I typically don’t see deer when I go hunting, especially this year. Well, I have a message for those two – hunting isn’t always about seeing deer. The trees are fun to look at and so are the squirrels.

I’m not the only one not seeing deer. My trail cameras aren’t either. After yet another week of waiting, I anxiously pulled SD cards from each one only to be disappointed that there was virtually no activity on them. That was the last straw for me. I packed them up and did some more scouting, hoping to reset them in an area with some encouraging sign.

When I was just a young lad, I went hunting with my dad during muzzleloader season in New Hampshire on a drizzly, foggy evening. About an hour before dark a buck emerged from the scrubby hemlocks below and quietly worked his way up the hill. The moment was tense, but I eventually located him in my scope and squeezed the trigger. The shot felt great and the buck took off down the hill and out of site.  We searched and searched for any sign of a hit that night and for a couple hours the next day but had no luck. We called off the search after replaying the shot for the 100th time when we came across a sapling blown apart by a muzzleloader bullet. Even at a young age, I was developing the undesirable skillset of hitting saplings with hunting projectiles. Anyway, that’s a long-winded way of mentioning that I decided to scout out the area where that sad event occurred.

Sure enough, the area showed some signs that deer existed. Judging by the taste of the poops I found, it hadn’t been long since the last deer had walked through the area.  The best way to determine the freshness of poops is to taste them. I’ve learned that over the years. I reset my cameras in the area and sat there for the rest of the evening without seeing a darn thing,  but my excitement level was off the charts the entire time. 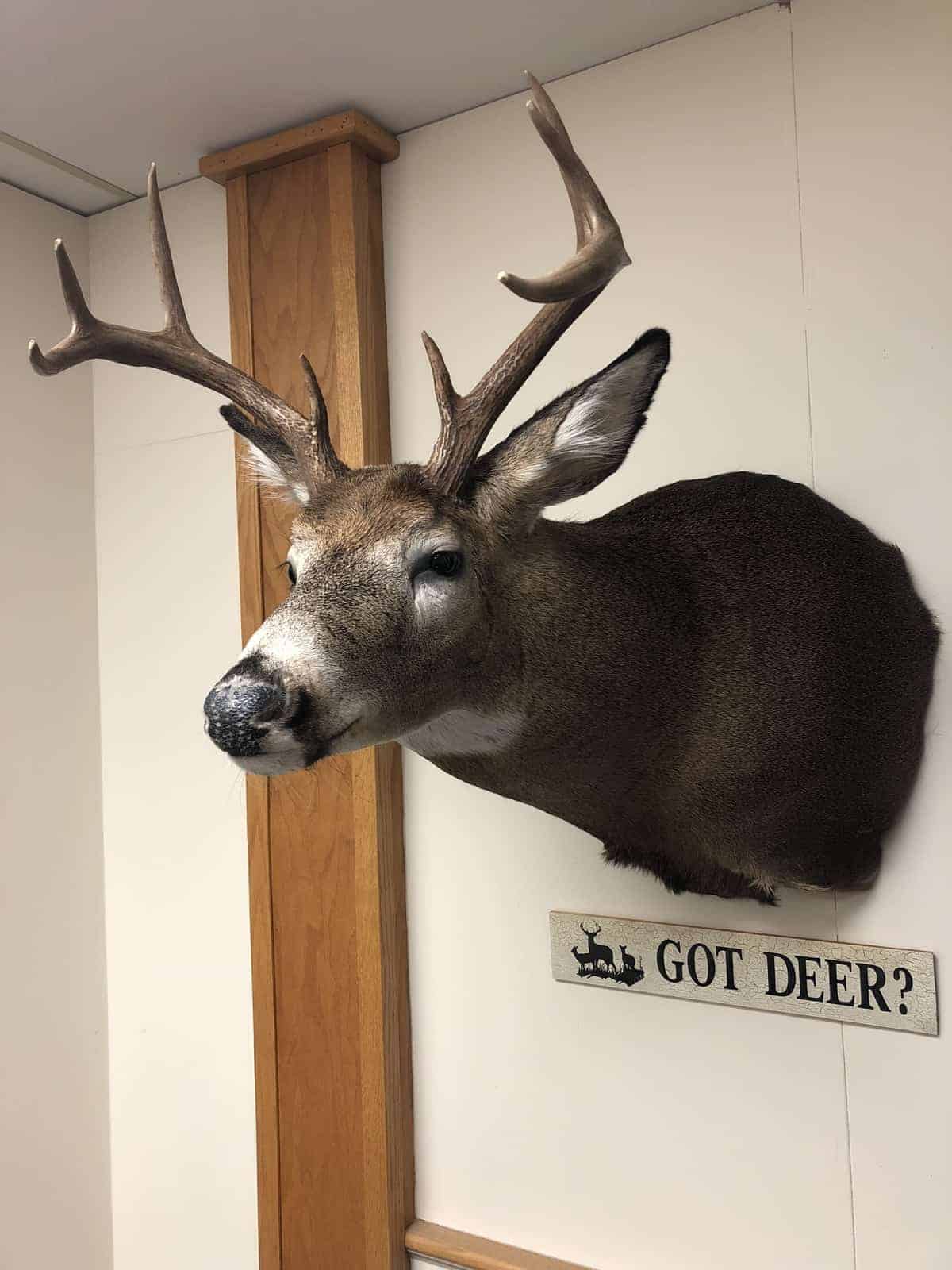 Other than locating an area that showed some promise, I didn’t have any luck while my mother-in-law was here. She was disappointed, to say the least, and I was disappointed too. If she’d hung around for a few days longer, she would have been able to see my Vermont buck from last year I picked up from the taxidermist shortly after she left. It would have provided proof that I do see deer from time to time, and I have no doubt she would have been extremely impressed with it. I mean, who wouldn’t?

I had to leave for an evening meeting the other night and casually mentioned to my wife that I paid the last little bit that was due on the head. My feet were already out the door and my head hung back inside while I said, “Hey, good news! I finished paying for the deer head today I gotta go I’m running late bye. Love you!”  And then I shut the door as fast as I could.

Looking ahead, the deer are bound to start moving more with the arrival of the cold weather. I’m dying to get out and check my trail cameras I recently moved around. I still think I can manage to fill a tag before muzzleloader season begins, but once that starts I’m hanging up the bow. I’ve got plans to bring Sam out for his first ever opening day with me. He said it’d be no problem to sit still all day if I kept him supplied with hot chocolate.

I have hit one MAJOR snag this year. I hunt Vermont and New Hampshire, and my strategy each year revolves around the fact that for as long as I can remember, New Hampshire rifle season has always opened on the Wednesday before rifle season in Vermont, which starts on a Saturday. This year it does not, it starts the Wednesday after Vermont rifle opens. I came to this realization a few weeks ago and have been devastated ever since.

Why is this a big deal, you ask? Well, I have always planned to fill my New Hampshire firearm tag before Vermont rifle starts so I can focus on Vermont 100%. For those of you not familiar with the way New Hampshire works, you can shoot one deer with a firearm (muzzleloader or rifle) annually. Muzzleloader starts first and runs for eleven days until rifle season starts. At the beginning of each season, you have a certain number of days, depending on the zone you are hunting, where you can choose to fill your tag on any deer. It’s typically for two or three days. This is great for your average hunter who likes to have an opportunity to shoot a deer. Many tags get filled on does, and as a result, many young bucks are spared. Over the years, my trail cameras would agree. The number of bucks (young and old) I get on camera in New Hampshire is far greater than my cameras in Vermont.

Anyway, enough of that stuff. The point is, I’m going to have to fill my firearm tag with my muzzleloader or adjust my expectations for Vermont. I’m already stressing about it, especially since I have yet to locate where the deer are consistently hanging out in New Hampshire this year.  Things are getting very tense out there.

I don’t eat deer poop, by the way.

We are quickly approaching the best time of the year to be in the woods! Who else is as excited as me?!?!

It tastes a little nutty.