2018 Hunting Season Update #2 – Something Scary is Following Me. 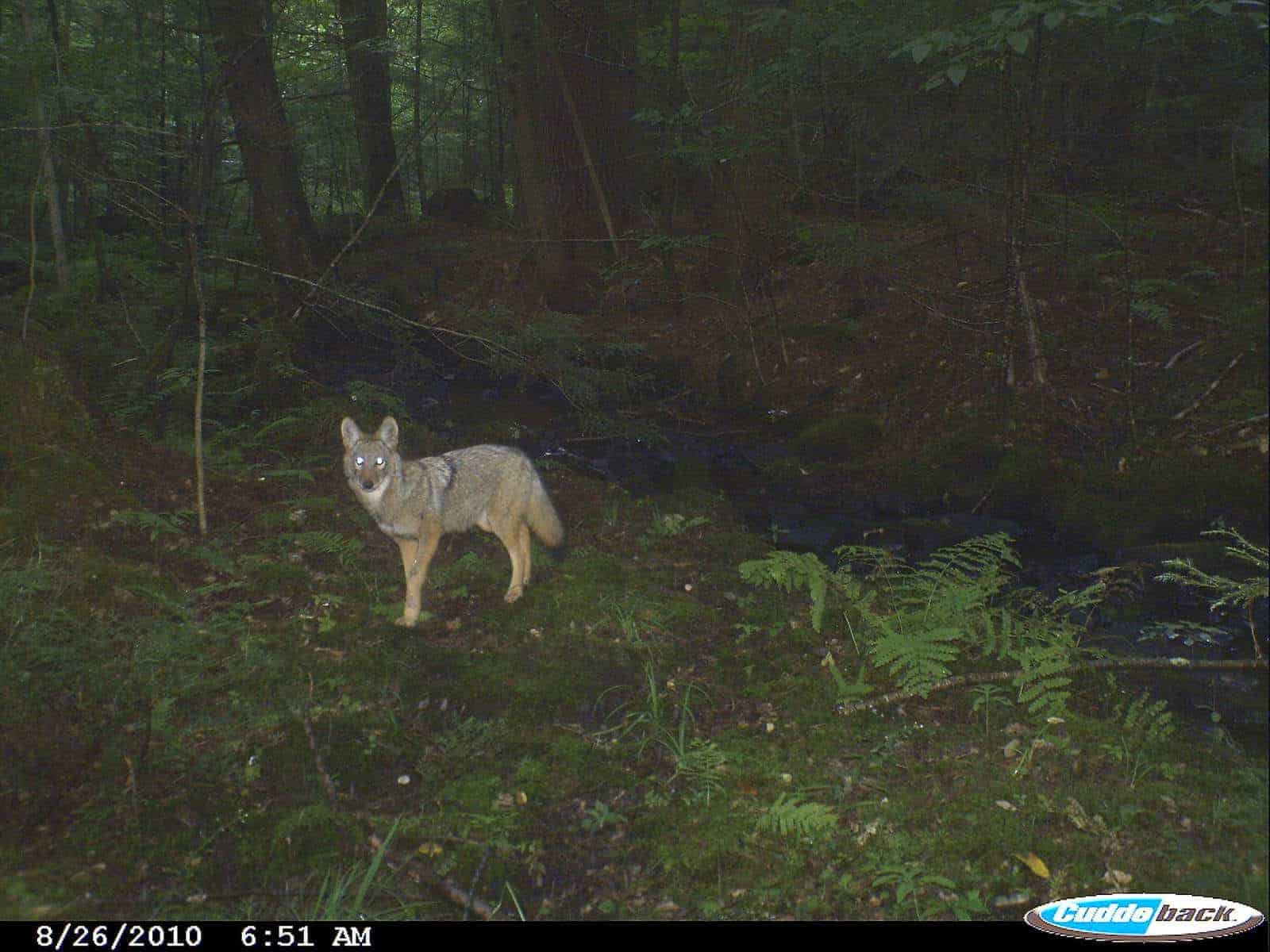 I’m not afraid of the dark when I’m sitting in the light. I suspect most people feel the same way. But I’d be lying if I said I’ve never been afraid in the dark before. There was that time a screech owl tried to murder me…. that’s happened almost twenty times now. Then there was the time that I visited a city at night. That was very scary. There have been other times, too, but my first morning hunt of the year tops them all.

Before I get into that I’d like to write about the two deer I saw the other night. They were the first two of the year. I was totally unprepared, as usual. It was my first time out in Vermont, and I wasn’t able to get out to the woods until a little after 5 p.m. due to extenuating circumstances. It was just a tad late. Once again, I figured my time would be better spent slowly walking around looking for sign so I’d be better prepared for the next hunt. I couldn’t find much even though I knew where to look. I’ve hunted this location for almost thirty years. All the recent rain and freshly fallen leaves made it very difficult to find any sign of value, so I eventually decided to park my keister at the base of a couple big hemlocks situated in the middle of a large hemlock grove for the last hour of the hunt.

Before I talk more about my exciting encounter with the two deer, I’d like to get back to my scary experience in the dark. The noise of the predator following me was unmistakable. At first it was very light, similar to how you’d imagine a mouse scampering across damp leaves, but it grew louder the longer I walked. Adding to the adrenaline surging through my body was the fact that my headlamp had died since the last time I went hunting, so I was in the dark except for the flashlight on my iPhone. I’d like to blame Sam for leaving it on, but he wasn’t the last to use it. Whatever beast was following me, it was closing the distance quickly.

Back to the two deer. It’s difficult to tell how long a deer has been in front of you, especially if you’ve been staring at your phone nonstop. That’s good advice for you novices. Thankfully, I wasn’t staring at my phone nonstop. I intermittently put it down to look around. One such time, I was scanning the dark hemlocks with my Leopold binoculars, and suddenly heard hoofbeats in the dirt.  I knew it was a deer right away, mostly because I saw it right away. For some reason, it came running over a small rise in the terrain and buzzed by me less than five yards away. It circled up the hill over my right shoulder and came to a dead stop. A stare down commenced.

Sitting on the ground with a deer standing fifteen yards away over your right shoulder is not the best position for a right-handed bow hunter to be in. All I could do was stare at it as it stared at me. I knew it was a fawn, but my mind kept trying to convince me it was a full sized deer. I’ve learned that first impressions are typically good indicators of size (another good tip for novices). It looked like a dog when it ran by me, plus it had big ears in relation to its head, and a small nose, and little legs, and a long tail, and, well, you get my point. It was a fawn, there was no denying it. “Better pick a spot,” I told myself.  Just kidding. I didn’t tell myself that. I wasn’t thinking that clearly in the moment.

Cripes! I almost forgot to finish writing about my near-death experience. All sorts of predators live in these woods – Big Foot, mountain lions, grizzlies, and skunks to name a few. I was growing concerned I’d be the next meal for one of them. How could I not? The noise was definitely louder. I could hear it easily now above my heartbeat. To top it off, each time I stopped to listen it would quiet down. There was no doubt that something was cowering in the brush beside me, readying itself to pounce when the time was right. “I’m not dying this way. At least not without a fight,” I thought as I considered taking an arrow out of my quiver for self-defense.

I figured there must be a doe around if there was a fawn running crazy all over. I was right. A few minutes later a doe came flying up the hill right by me. She then ran two tight circles on the hillside twenty yards above me, buzzed by the fawn, and stopped forty yards away straight downwind of me. I was at full draw by then and was holding steady on her, but it didn’t feel right. She was too keyed in on me because of the wafting wind, and her crazy fawn clearly needed to be taught some more life skills. She could have used a few more herself. I decided not to shoot, but at least I saw some deer.

Back to my scare… just when I thought I was about to become a grizzly’s next meal, I spun quickly with my iPhone light and caught the perp in the act. As it turned out, the guy who put my climber together last didn’t secure one of the straps and it was dragging in the leaves behind me. I’d have used the strap to strangle that careless idiot for giving me such a scare, but then I’d be dead – something I’d been trying to avoid being since I’d left my truck with a predator nipping at my heals.

I’m glad I wasn’t mauled and eaten alive. That would have been awful.

I liked the story, but it sounds like you don’t ‘check your equipment’ very closely…

I went huntin’ once… ( In Vietnam, as I recall ) Flew off and forgot all my bullets !

Talk about bein’ at a ‘disadvantage’ !