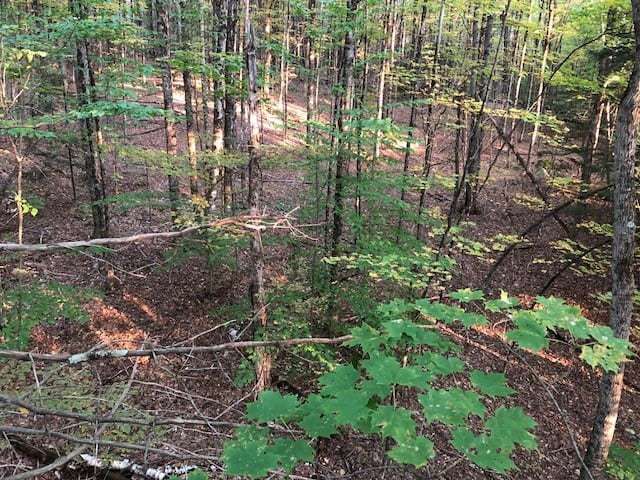 My deer season has gotten off to a slow start, there is no denying that. New Hampshire archery season opened on September 15th, but I was not able to hunt for the first time until the 25th and it was in an absolute downpour. It was a halfhearted attempt because of the weather, and I was mostly interested in taking the opportunity to check some trail cameras I’d set out a few weeks prior anyway.

Since my pre-season scouting was non-existent, I’ve tried to split my opportunities to hunt between hunting and scouting. It makes no sense to sit blindly in an area with no deer, even though I do that quite regularly. If I’m honest, I actually do that more than I’d like to admit, but the upside is that it gives me an artistic license to write about whatever I want during these “hunting” updates. Gotta fill the space with something.

For instance, when I sit in the woods without seeing deer, it allows me the time to mull over major life dilemmas that I have yet to come to a resolution on. For years now, I have wondered what the correct direction is to fold my pant legs when I put my rubber boots on. Do I fold the pant leg over to the lateral side of my leg, or do I fold it to the medial side? Some days I find that it is more comfortable to fold my pant leg one way, and then other days I find it more comfortable to fold it the other way. It makes no sense. What if I’m not supposed to fold it at all? Do other people have this problem?

The deer are clearly on different patterns than last year. The woods, at least where I have been hunting in New Hampshire, have no nuts, except for the one that is willing to hunt in the pouring rain. Trail cameras that regularly captured pictures of bucks last year have come up totally empty this year. Two weeks ago, I moved a camera to my secret spot that only ten other hunters know about with hopes that I’d catch a buck or two passing by every day at 6 p.m. No such luck. The camera only had a picture of a fat raccoon and a doe at 11:30 p.m. after a week. Sigh…

Last Saturday evening I took Sam out for a hunt. Bow hunting on the ground with a seven year old is not the most effective way to hunt, but we had a good time. I went with low expectations for success and used the time to scout more than anything. We came across some deer poop. It was very exciting and at least helped convince me that I wasn’t hunting deer that don’t poop or leave tracks. One thing I learned was that I’ve got to learn how to regulate Sam’s snack consumption while we hunt. He burned through two granola bars and two cheese sticks before I had a chance to speak up. I find it strange that no matter how many times I told him that those were all the snacks we had, he still asked for more once he swallowed the last piece of cheese. His whisper is also louder than the way he normally speaks. It cuts through the woods like a hot knife through butter. We are working on that along with making sure he closes the lid to his water bottle before putting it in my backpack. I’m considering threatening him with no snacks until he figures this stuff out.

So, after four trips to the woods, I have successfully determined where the deer are not. This proves the importance of pre-season scouting. I’m choosing to view this as a win so I don’t end up too depressed. The key to successfully hunting states like Vermont and New Hampshire is to stay positive, even if I’m not sure which way to fold the legs of my pants. The important thing is that I at least remembered to put them on…so far.

I’ll be shifting gears to Vermont over the coming week. I can’t wait.

Lateral, medial….everybody knows you fold your pants leg to the inside, nice and smooth. Of course, there’s always the option of wearing those tight-legged girly pants that don’t require any folding at all.

When it’s colder, I wear the tight-legged girly pants under heavier pants, so I still have the same issue.