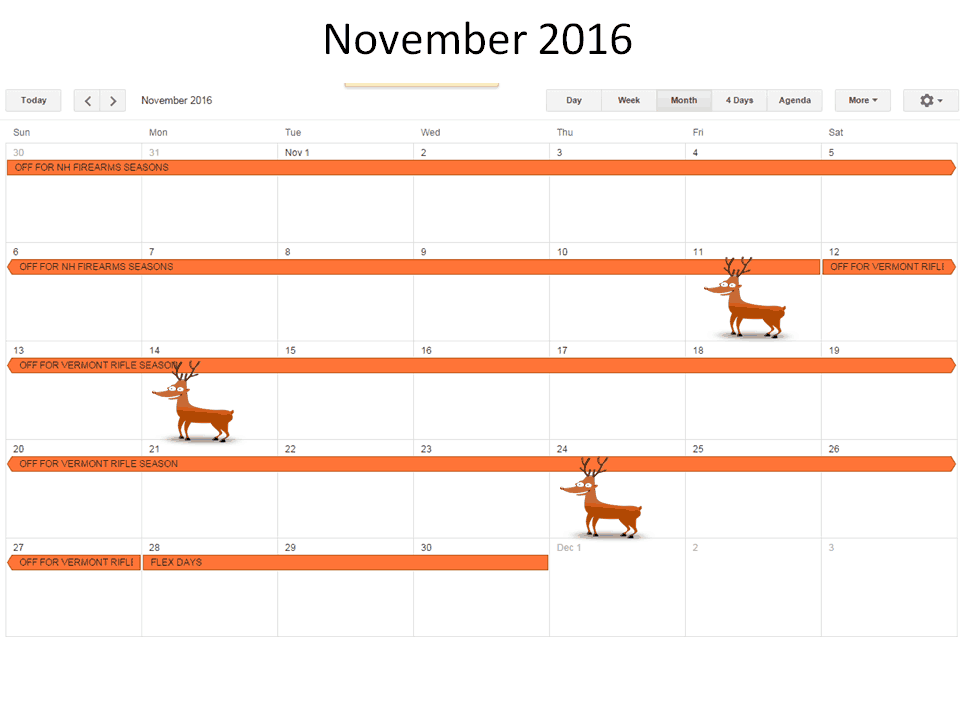 It’s July and I haven’t stopped thinking about deer season since it ended last year. It’s been seven months since I kissed the woods goodbye with an unfilled deer tag in my pocket. It hurt, oh it hurt so bad to say goodbye, especially with unfinished business. I haven’t found a decent recipe for tag soup yet. To make things worse, last night after rummaging through the freezer and coming up empty handed, my wife commanded me to go shoot a deer so we could replenish our stock.

“Can’t do it, Sweet Pea. There are rules against that sort of thing this time of year, but give me three months this fall and I promise to fill er up.” My promise weighed heavily on my mind since the words spewed from my mouth. What if I don’t get it done this fall? What if the deer don’t cooperate with my strategies to package them neatly in the freezer? With each passing doubt the pressure mounted to the point where sleep escaped my grasp.

My restlessness awakened my wife. I told her I’d be fine once I stopped worrying about work; a classic reason I’ve used for many a sleepless night. But what if work does get in the way? What then? I’d be forced to buy meat at the grocery store or the local farmers market! Oh, the embarrassment I would feel! Sleep does not come easily this time of year.

My plan for deer season has always been to shoot a deer for every tag I have in my pocket. Simple, right? I hunt two states – New Hampshire and Vermont, and I have six tags. New Hampshire is much more liberal with their season lengths than Vermont, so I get off to an early start over there on September 15th. My goal is to shoot a deer with a bow in New Hampshire before the start of bow season in Vermont. It can be any deer, buck or doe and preferably not a fawn. Preferably.

Once my first tag is filled in NH, I can then turn my focus to Vermont for the month of October. Naturally, this is the time of year when all the summer travel patterns change, so that really throws a wrench in my plans. The deer do not cooperate as well as they would have a few weeks prior. Ideally, I will fill my archery tags in Vermont during the early archery season and then go back to NH to hunt with my bow or muzzleloader during the best time of year because their season will still be open. If I fill my muzzleloader tag on a doe or a buck I can then go back to hunting with my bow until the start of rifle in Vermont (assuming I still haven’t filled my second archery tag). Or, if I don’t have any luck with the muzzleloader or bow, I can hunt with my rifle for a few days and try to fill that tag on a buck or doe before Vermont Rifle starts. So many options. Now you know why I lay awake at night.

To summarize, I will start my season by filling an archery tag in New Hampshire in September. Once filled, I will shift my focus to Vermont to fill an archery tag. With two deer packaged neatly in the freezer, I will settle back into New Hampshire with my bow until the firearms seasons begin. I will fill my second archery tag followed by my firearms tag before the start of Vermont rifle season, bringing my season total to four deer. Good, right? No. There will still be work to be done. Opening morning of Vermont rifle season will find me overlooking a vast forest of trees and other stuff, but probably not deer. Last year I saw three hunters, one of which was actually hunting, the others were cruising back and forth on a four wheeler. It was really neat to wait fifty weeks to see that.

Anyway, shortly after the hunters pass through this coming year, I’ll shoot a monster four-pointer. Jealousy from other hunters will be so widespread that health officials will call for a state of emergency. Insurance will not cover treatment, naturally. Shooting a buck on opening day will afford me some time off since I will need to wait until the next season to fill my next tag. I plan to reintroduce myself to my wife and ask her what she has been up to for the last two months. Thanksgiving will come and go with lots of food consumed and football watched. The house will be decorated for Christmas with snow gently falling outside. All will be done without the pressure of needing to provide for the family. It will be glorious.

With my household back in order, I’ll hit the woods with my muzzleloader hoping to fill my sixth and final tag, which of course, I will do easily when the season opens in December. My season will be over and the freezer full. All will be well….or will it? Just now, while writing about filling freezers I came to a realization. What if the freezer was still full at this time of year? Would my wife be as anxious for me to go hunting so I could fill it up? Without the pressing concern of running out of meat she probably wouldn’t be. That’s a scary thought.

I think I have a few solutions, understanding that the goal is to begin the first week of September with an empty freezer.  First, unbeknownst to my wife I could secretly give meat away throughout the year, thus creating the need to fill it back up with fresh venison. But giving away venison is not an easy thing to do, especially after all of the work that goes into packaging it so neatly in the freezer. So I think the second option is best, which is to purchase a second chest freezer without her knowledge and secretly transfer meat into that one, but still give the impression that freezer number one is running low. I’ll be commanded to go hunting.

This is such a stressful time of year. I’m not sure how I’ll make it another month.

I spent some time in Iowa yesterday on my way home from a family vacation. I couldn’t help but notice their deer crossing signs have the same size buck as ours here in Vermont. One of these two states is taking part in false advertising.