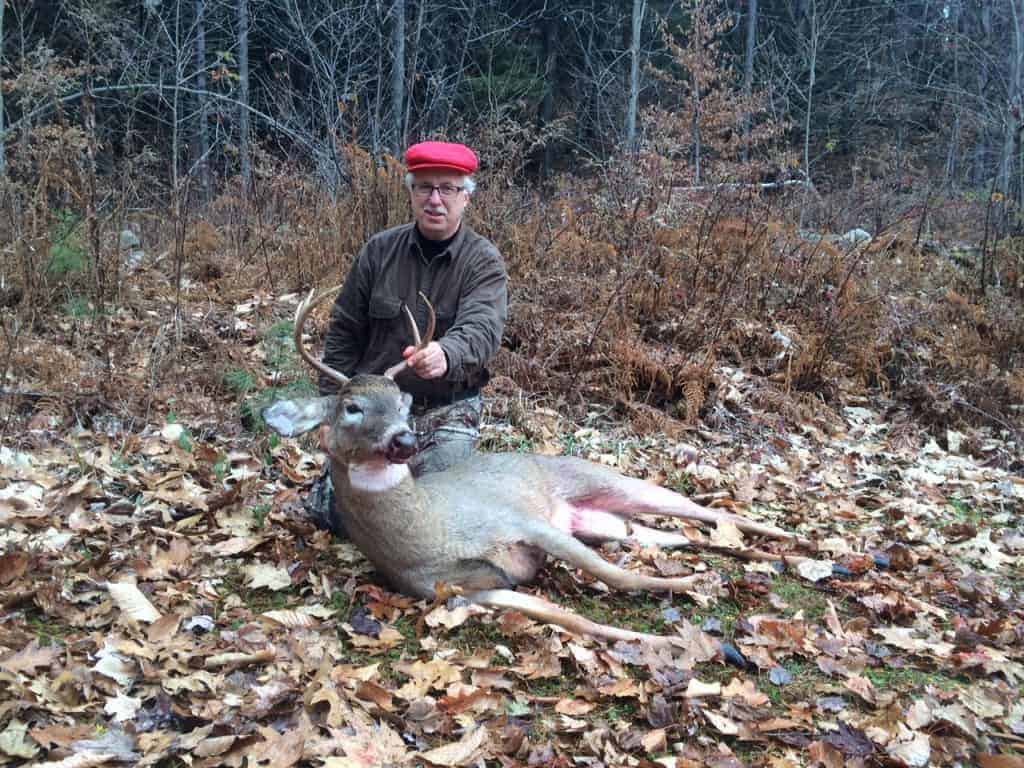 Early Saturday morning while preparing to leave for the morning hunt, my digestive system and my contact lenses were locked in an epic race to see which one could claim the victory of settling down first. The only problem was that neither one realized they were in a race and both seemed content to drag the process out as long as possible.  It wasn’t the way I envisioned the morning starting. Thankfully, everything worked itself out and I left for the woods full of anticipation.

Dad started off the morning by shooting a nice buck. He lied to me and told me it was a coyote at first. He almost had me convinced, but part of me was suspect until he finally sent me a picture. I can’t believe a thing he says sometimes. Which leads me to my next point – He claims that he blew on his grunt call and two bucks responded. One came in downwind and caught his scent, and the second buck came in upwind. That one did not survive so I know half of the story is true… 🙂 It dressed out at 138 pounds.

Other than helping dad load his buck into the truck, my morning was uneventful except for when I had to take my long johns off in the middle of the woods because I was so dang hot. That was a balancing act for sure. To my surprise, just up the hill from my dressing room I discovered fresh running tracks in the leaves and a brand new scrape. The scrape wasn’t very big, but it was fresh. The bucks are definitely rutting. If only I could find one…

After one full week of hunting season I have logged only eighteen hours in the Vermont woods in pursuit of my favorite big game animal. I’m not complaining at all, but I’m convinced that in Vermont the most important factor in successfully bagging a buck is time. Hopefully, I can get out once or twice more before the season ends, but if not that’s ok. That will just mean one more buck will be around next year.

I thought I’d share this Trail camera video I got this week for a good laugh. This doe is rather surprised at the sight of this camera which has been strapped to this same tree for two months! Look how wide her eyes get!

Thanks for reading and good luck hunting! If you enjoyed this post please share it with your friends. If you didn’t enjoy it, keep it to yourself! If you want to subscribe you can do that by clicking here: Subscribe