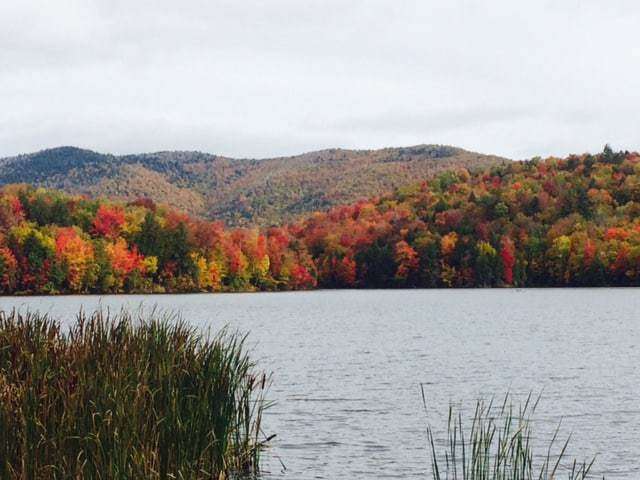 This weekend I was able to get out Friday, Saturday, and Sunday evenings. On Friday, I went with my friend, Christian, who invited me to sit in a stand overlooking his new food plot. I finally saw something…

Since I’d never been to his food plot, we walked in together so he could explain where I could expect the deer to come from. He pointed out the ladder stand which was set up on one end of the plot in an old pasture pine. Given the terrain and openness of woods behind the stand, it was fairly exposed to a deer that might be eating in the plot.

“The problem with this stand is that you have to be ‘on’ 100% of the time,” He whispered. He was implying how important it would be to pay attention because of how easy it would be for a deer to see movement in the tree.

“Understood,” I replied. Then I thanked him, climbed up the ladder and pulled out my phone so I could catch up on the daily news. I was on total alert.

At about 6:00 pm I was still on total alert and heard some commotion on the hillside, but no animal ever materialized. Still on total alert, I decided to focus on other things. A few minutes later, I looked into the food plot and discovered that a porcupine had snuck into the middle of it! How can this happen when a guy is on total alert?

I watched the beast until dark. As I observed him it dawned on me that he and I were both there mooching off of Christian’s hard work. Sometimes it better not to pay close attention to things like that.

I bet the deer find my sign and think, “This is daylight sign. All of the sign we find is daylight sign. We should just come out in the middle of the night.” And thus we continue to play our fun little game. Dang deer.

Hey, thanks for reading! I’m starting to lose my mind in the woods and it’s translating to these posts. Sorry about that. As soon as I see a deer, my mind should return.

As always, I invite you to subscribe to The 4 Pointer. I doubt you’ll regret it, but if you do you can always unsubscribe.  Subscribe here: Subscribe