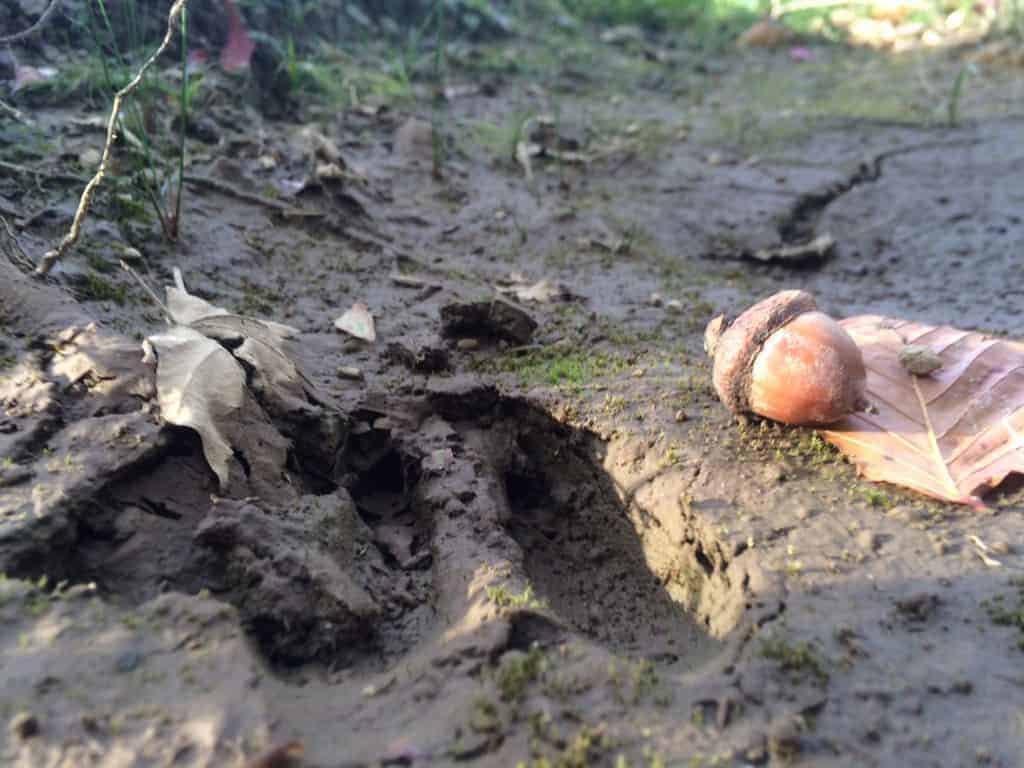 Yet again, it appears that the deer are hesitant to fall prey to my hunting skills. I have yet to decide if this is a survival tactic on their part or a lack of hunting prowess on mine. I’ll let you know at the end of the season if you haven’t figured it out beforehand.

Other than slow deer activity it was a gorgeous weekend to be in the woods. The fall colors were just before peak and the evenings were just cool enough to chill the end of your nose.  It’s one of my favorite times to be in the woods, as I am sure it is for many others.

There was a steady flow of harvest pictures posted on hunting boards online this past weekend though I have a feeling the harvest is off to a slow start compared to years past. Once again, I blame this on widespread food availability coupled with an estimated reduction in the herd population from the previous severe winter. That’s a recipe for a below average harvest. In fact, I stopped in at a local reporting station to check the kill report and discovered only one deer had been checked in last weekend. That’s not good.

(Click here to see a bunch of pictures of deer checked in at R&L Archery in Barre, VT)

It’s important in years like this to remain patient. The deer are there and eventually you’ll cross paths with them if you hunt enough. Belief and patience are two of the most important qualities a deer hunter needs. Of course, a little luck wouldn’t hurt either. But I’ll tell you this – the patient hunter has more of a chance at consistently harvesting deer than an impatient one. Stay the course and keep hunting.

Besides, what’s the worst that could happen? Even if you don’t fill your tag you’ll at least have a front row seat during the most beautiful time of the year. That’s not so bad, is it?

Thanks for checking in again. Remember to keep hunting fun and share the joy with others around you. Happy hunting!