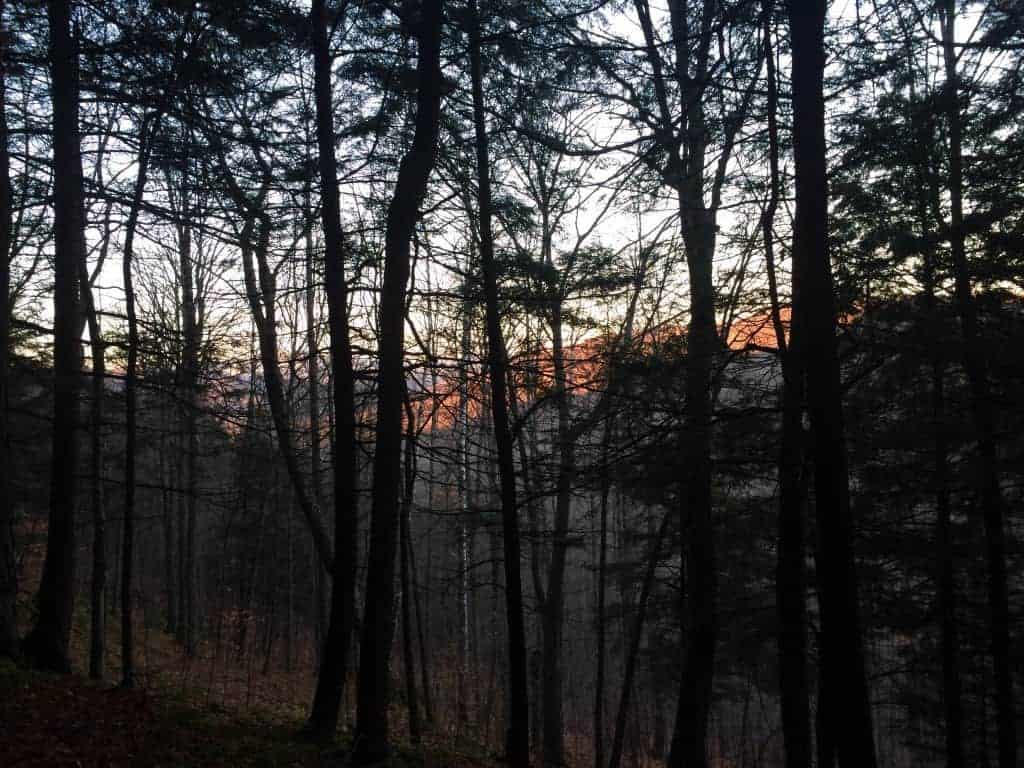 Have you ever been in a relationship that you knew wouldn’t last but you continued to hold out hope that it would? Deer season in Vermont is not much different for me. If the last day of rifle season is like the bad, non-mutual breakup of something you thought was great, then muzzleloader season is like the look you get a short time after the relationship ended that gives you hope you can work things out and get back together. Except you know it’s too good to be true and the bitter end is in sight.

The nine day muzzleloader season in Vermont begins one week after rifle season ends. During that week leading up to it there is no deer hunting that can be done, so it provides ample time to sit and think about what I should have done differently during the season. I identified the problem areas (too much hot chocolate, time staring at my phone looking at all the big deer that have been checked in, moving too much, not moving enough, not hunting enough, hunting in a place where there are hardly any deer, warm weather, no snow, too much feed, watching guys hunt from their four wheelers, lack of focus, etc.) and told myself I wouldn’t repeat them again.

Saturday morning I went back to the same place where I ended my Rifle season and was in perfect position to repeat all of my mistakes I’d recently identified. The spot was calling to me so I had to go. Having confirmed that the maple log was indeed just a maple log the week before, there was less excitement in the air this time. At one point I did have a gray squirrel charge up the hill towards me, which at least raised my heart rate above the caffeine induced level it was already at from excessive hot chocolate consumption.

On my way down the hill at the end of my hunt I got a nice surprise. I rounded the corner on a logging road and there stood two moose! They were as surprised as me and bolted in the opposite direction leaving a path of destruction in their wake. I think the leaves are still settling. They are not light footed animals.

I did not hunt Vermont the rest of the weekend, but I did have a chance to hunt New Hampshire with my bow on Sunday afternoon. I chose to hunt there in part because of what my dad discovered on one of our trail cameras Friday night.

When he was scrolling through pictures he was startled to see a doe with an arrow stuck in its shoulder. The picture was taken at 5 PM and under an apple tree. The deer appeared to be passing through the area, and other than some disturbance around the arrow, there was no fresh blood on the deer that I could see. I’m guessing the arrow has been in it for a few days or longer.

Many moons ago I shot a doe with my bow, and upon skinning it out I discovered a broadhead buried in the spine and encapsulated in pus. Deer are tough animals no doubt, but I’m convinced this one has a tough road ahead and probably won’t make it.

New Hampshire Rifle Season ended yesterday, but let’s say you were hunting there with a rifle and this wounded doe walked by you with an arrow sticking out of its shoulder. What would you have done? Does are not legal to shoot with a rifle now, but on the other hand, this doe is in rough shape and probably won’t survive the winter.

Let it go and hope to see it again when you have your bow in hand?

Shoot it and keep quiet? It’s better to salvage the animal then let it go to waste, right?

Call a warden and see if you will be given special permission to shoot it?

Let it go because you don’t have a tag for it and shooting it with a rifle would be illegal?

What would you do??

Have you ever wondered what it would be like to learn that you hunted all morning without knowing you had a spent primer in your muzzleloader? Maybe next time I’ll fill you in on how that feels. Can you imagine the story I would have had to tell if I’d happened to see a deer?? What luck…