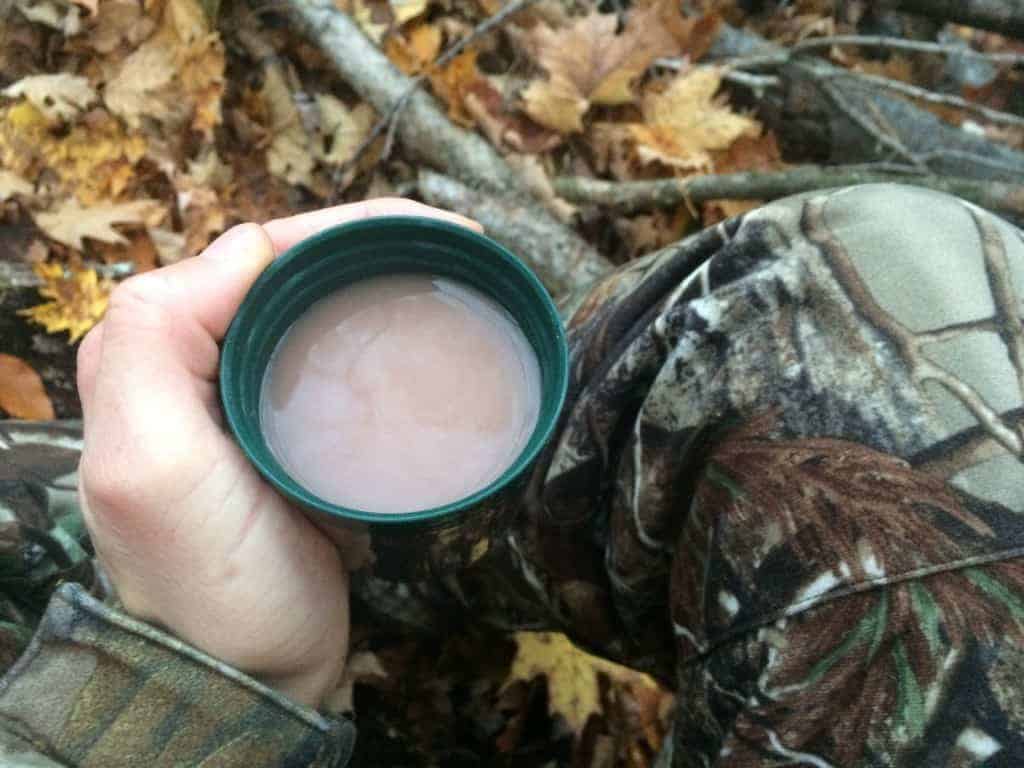 I looked up the definition of the word “hunt” tonight in an effort to determine if I’m doing it wrong. I think I’m on the right track but not sure. Dictionaries aren’t really my thing.

Here’s how I would define it:

Hunt (verb): To drink hot chocolate and stare at trees for long lengths of time.

If that’s the case, I hunted hard on Saturday morning and was very successful at it. I poured my first cup of hot cocoa shortly after daybreak and stared at the surrounding trees for a long time. At 9:30, I packed up my stuff and decided to slowly hunt down the hill through some mature oaks, pausing at times to hunt hard.

At 11:45, I was rewarded with some action. I was emerging from a stand of thick hemlocks that transition into a semi-open hardwoods when I heard deer walking through the leaves just out of sight. The noise was growing louder so I knew they were coming my way. I quickly made my way to the closest sapling so I could use it as a gun rest during the moment of truth.

Louder and louder the noise became until it was literally right in front of me. My heart was beating out of my chest by the time the porcupine came into view. ARGH! I’m not sure if they possess a knack for finding me or if I do for them. I’ll say this, though, I’m about ready to find out how they taste.

The porcupine was the only excitement for Saturday. There were five of us out in the morning and only one deer was seen. I had expected and hoped for more. The surrounding hills seemed strangely quiet of muzzleloader shots as well.

Saturday evening I lay in bed trying to figure out if there is something wrong with my strategy. Maybe I should just give up on this property for the year? Maybe I’m wasting my time? I know there are deer here, but I’ve yet to experience a year quite like this. I’ve had trail cameras out for close to two months now and I’ve only captured one small 6 point buck on camera. That is very abnormal, even on a year when there are lots of nuts. What gives?

Sunday afternoon I was walking into the woods for another hard hunt (minus the hot chocolate) and stumbled across a scrape. Josh and I looked it over to make sure it wasn’t the work of another hunter and we determined it to be legit. There were a few deer tracks in it, and although it was a three or four days old it still gave me a reason to come back again. Other than a rub that was made at the end of the summer, this is the first real buck sign I have seen all fall. Hopefully it is a sign of good things to come!

I guess it’s time to redefine my definition of the word hunt. Maybe I’ll be able to do that soon.

I’ve reached the halfway point of my hunting season! So sad… I’ll have to make up for the slow start in the second half. To subscribe to this blog click on this link: Subscribe

P.S. I hate the time change.