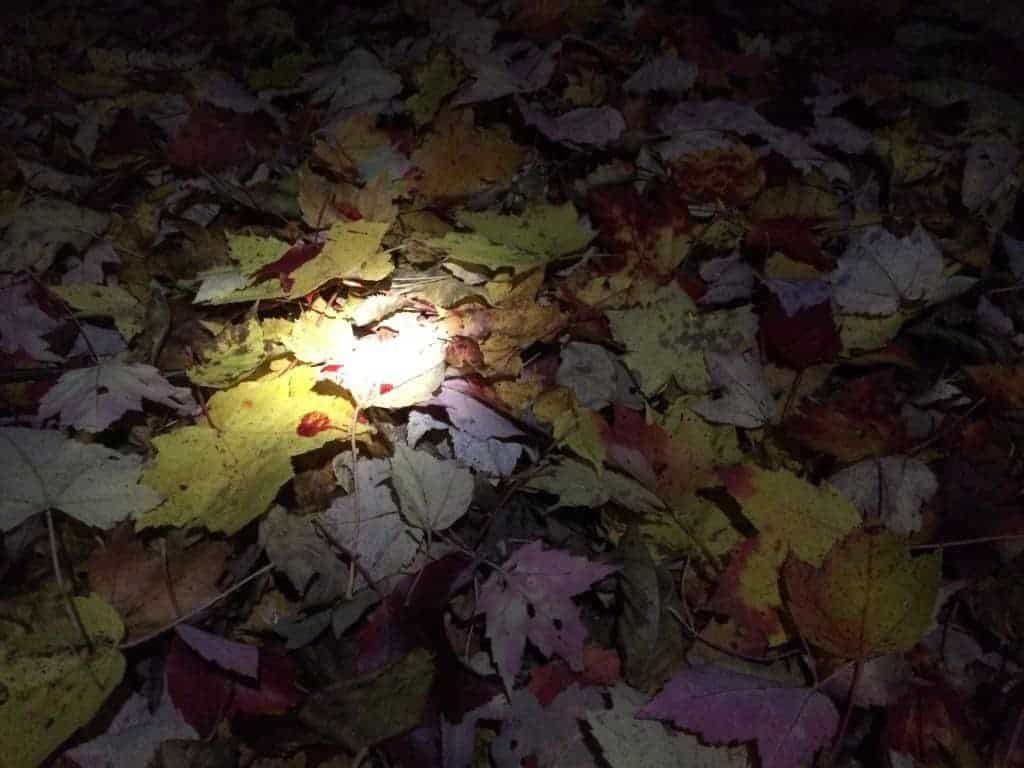 It was a frustrating day for me today. I finally had an opportunity at a deer this past weekend but came home empty handed. To say I’m baffled at the outcome would be an understatement.

On Saturday morning, I pulled my climber out of the woods in Vermont with thoughts of using it in New Hampshire on Sunday evening. I hiked a good ways into the woods to a spot where I had started the season. It takes a while to get to the location so I’d only hunted it two other times this year. I saw deer both times though I wasn’t set up in a stand either time.

If you recall from earlier articles, this particular location has some nice mature oaks that the deer seem to be fond of. I picked a tree that was centrally located in the oaks and settled in. The weather was cool – in the mid 30’s – with a steady wind blowing in the perfect direction.

Around 5:30 the wind started to settle down and I heard some commotion on the hill behind me which turned out to be a big, stiff legged porcupine.

He wandered off down the hill and milled around just out of sight. Not long after I heard more commotion below me. Sure enough, I saw some deer legs moving in the brush and headed straight for my tree. It was a good sized doe. She hopped a stonewall and I made a noise with my mouth to stop her in a shooting lane. At twenty-five yards she came to a sudden halt and I was already ready. She was 95% broadside but ever so slightly quartering to me, so I settled the pin at the top of her shoulder and hit the release.

At the shot I was convinced I’d be watching her fall before she even ran out of sight. She ran up the hill and then veered to the right and out of view. But she didn’t. I climbed down to look for my arrow, which I thought was a complete pass thru, but I couldn’t find it. I also couldn’t find any blood. Light was fading fast so I called in the old hound dog (Dad) for some extra help. It was dark by the time he reached me and I still hadn’t found any blood. Every single leaf was yellow with red spots on it making it very difficult to spot blood!

Finally, Dad found some about 50 yards from where I’d hit her. It was sprayed all over and I thought to myself, “Just as I thought. We’ll find her right over the next rise.” Well, we didn’t. We tracked her about 200 yards and finally decided to back out for the night.

We went back this morning and picked up the trail. We followed it for at least another 200 yards, but the blood trail eventually petered out. After doing circles for another hour and a half, we gave up the search. I’m still confused and frustrated over the whole ordeal. Even towards the end of the trail we were still finding lots of blood. Just look at this picture – 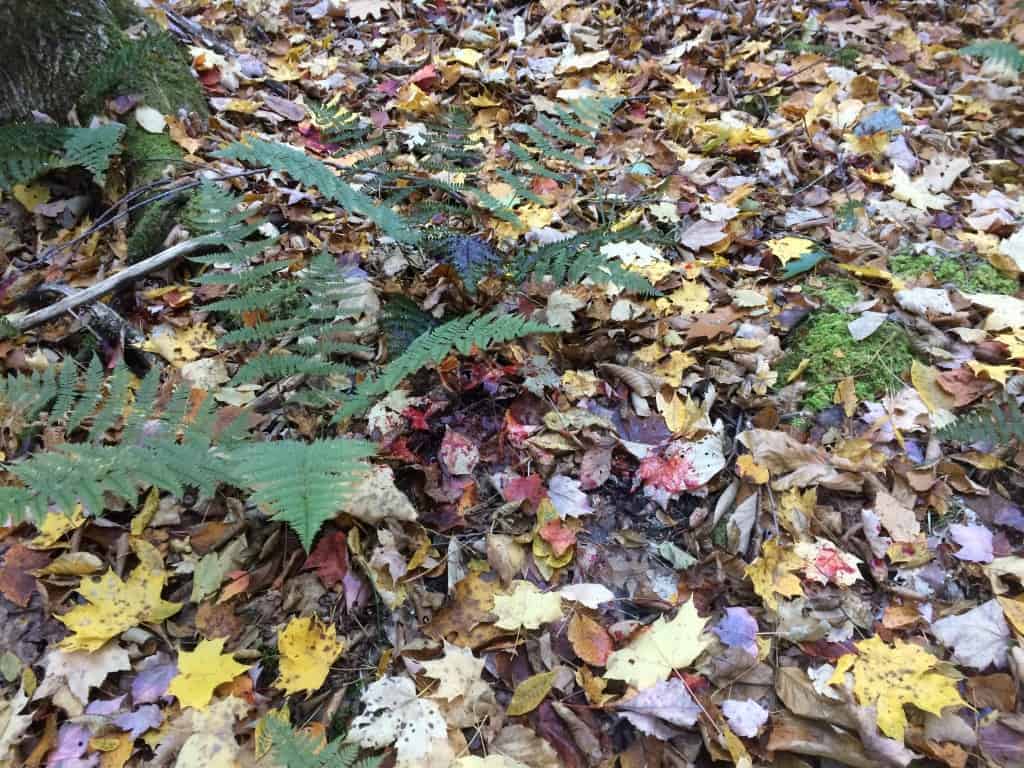 I guess I’m leaning towards that I hit her to high. I could have slightly miscalculated the steepness of the angle, meaning it wasn’t as steep as I thought, and my arrow went right through and over her lungs and under her spine – an area I’ve heard referred to as “no man’s land” because there are no vitals there.

Whatever the cause, I’m disappointed. I always look at situations like this and wonder what I could have done differently to change the course of the outcome. Right up until I climbed down from the tree the hunt had gone perfectly. Perhaps I should have aimed a little lower and a touch further back.

Who knows what I could have done differently…I do know this – I’m disappointed in myself and the outcome.

Anyone who has hunted for any length of time knows that it’s not all roses. It would be nice if it was, but it’s not. Of course, I suppose if it was then the roses wouldn’t stand out as much.