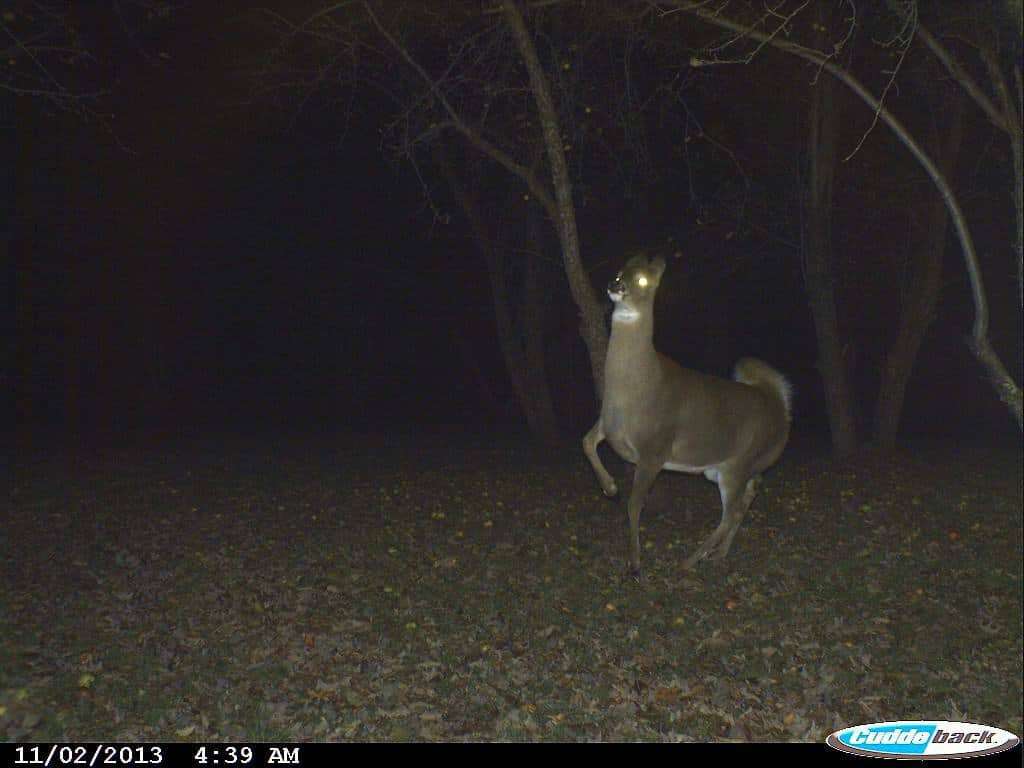 My spatial awareness is off. That’s why I didn’t see the doe until I’d walked within 46.8 yards of her. Tonight, I whacked my head when shutting the kitchen cabinet. On Tuesday, I thought I was further away from where I figured the deer would be then I actually was. It’s all starting to make sense. Too bad there’s not a cure…

Tuesday evening found me half asleep in a ladder stand overlooking some oaks. I’ve been overly tired this week for some reason. Part of me wants to know why; the other part of me wants to sleep it off. That’s why I decided to climb out of the treestand at 5:15. I wasn’t there to sleep, I was there to hunt.

It’s not all foolishness as I did have a strategy. Too often hunters get stuck in a rut of going back to the same place over and over and over even though the deer activity is almost nonexistent. If you are a hunter that squeezes hunting into the rest of your life’s schedule, the last thing you want to do is give up your only evening hunt for the week and scout instead. If you only have one night a week to hunt odds are you want to be in the stand. But when the stand(s) is not producing sometimes the best thing to do is give up a sit and scout instead. So that’s what I did.

I climbed out of the tree with a specific oak grove in mind. Like most oaks this year, there was a heavy crop of acorns that littered the forest floor beneath them. I’d only been through the area once this year, but I’ve shot a number of deer there so I knew it was a good spot. The wind could not have been better for a stealthy approach. It was in my face and consistently strong which also covered up any noise I made.

Off I went as confident as any guy could be who hasn’t seen a deer all season.  The stand of oaks began at the edge of a pine thicket which bordered the top of the hill just before it dropped in elevation. I moved in close enough so I could barely see over the edge and pulled up my binoculars. To my surprise, a big doe filled my entire field of view. That caught me off guard. Apparently, I had moved in a little too close before pausing to recon the area.

Anyway, she had one of her little friends with her and she also ran. Women usually stick together. The good thing is that I am a little more confident that I at least know what oaks they are feeding under at the moment. That stand of oaks is calling to me and getting down early from the stand was worth it to discover something new. I’ll be sitting there next time I have a chance to hunt. If I know women, and clearly I do, they’ll be back. They are creatures of habit…I think.

Here’s another tip: get out and hunt this weekend! The forecast shows some of the coldest temperatures we’ve seen yet and the deer are sure to be a little more active.

If you haven’t yet subscribed to this blog you should. Do that by clicking on this link: Subscribe