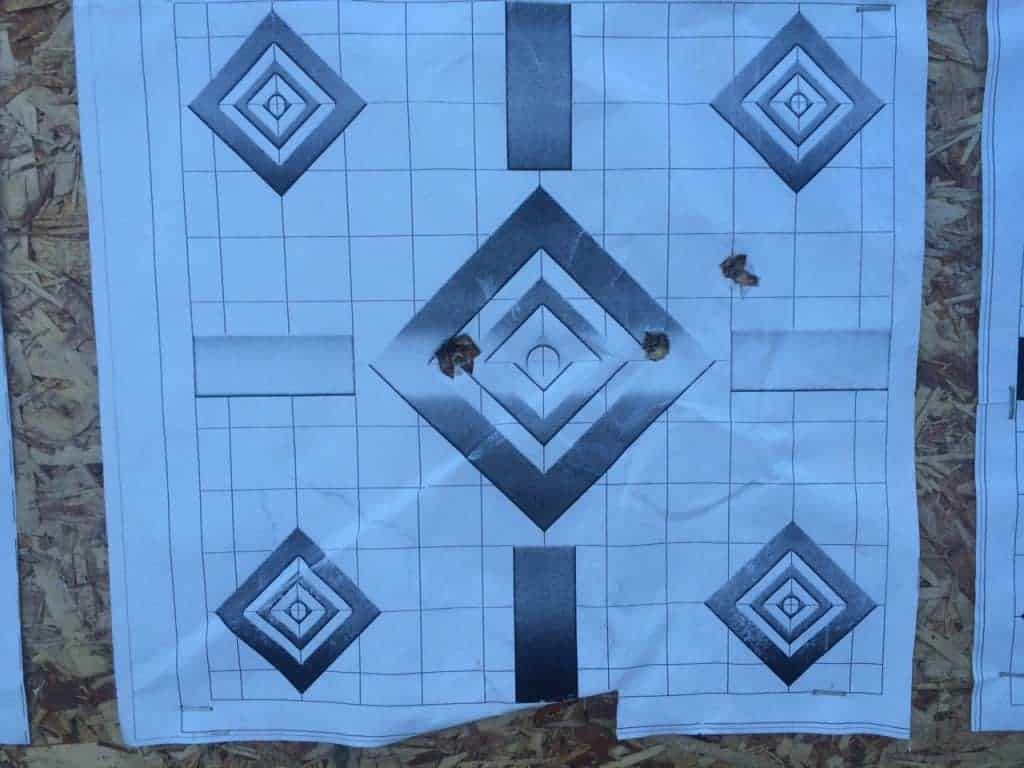 I officially hit the low point earlier this week. Then I hit it again for good measure this afternoon when sighting in my muzzleloader this afternoon in preparation for the opener in NH this Saturday. I’ve never boxed anyone, but I imagine my week has been similar to receiving a swift upper gut followed by a right hook. I also imagine that if I was a boxer I’d be like Rocky. I keep taking hits, but I keep getting back up. Soon enough I’ll deliver a knockout punch of my own.

I reached the first low point when I missed a nice doe with my bow on Monday night. I’m not sure what happened to be honest. She was standing broadside thirty yards away. I steadied the pin and hit the release. The doe hopped 5 yards to the left and stood behind a tree. I missed and I’m still not sure why. I checked my bow the next day and ten ringed the target, so I’m left scratching my head.

I did manage to call this doe back within range. Once she got to a point where she wouldn’t be able to make my position in the tree I called to her with a doe bleat. She turned and stared in my direction for a while. Then I called once more and she started walking back towards me. She walked right back through the spot I had previously missed her, but I couldn’t get her to stop. It wasn’t meant to be.

Before I get back to the woe-is-me stuff I’ll leave you with this little tip: If you want to effectively call a deer the set up is very important, especially if you can see the deer you are calling to. I’m convinced the reason this doe came back is because she couldn’t see the area where I was calling from. She had to come back closer to see the “deer” that was making the noise. If I hadn’t let her walk out of sight I doubt she would have been fooled.

Enough of that stuff. The next lowest point of the season came this afternoon when I pulled the muzzleloader out of the closet. I got to the range and found that the trigger would not release the hammer when pulled. Not only was it frustrating, it was also dangerous. I didn’t discover the problem until I sat down to take my first shot of the afternoon so we had to figure out how to release the hammer while the gun was loaded. Somehow we got the hammer down and I pushed the bullet out of the barrel so I could take a closer and safer look at the issue.

When cocked, the trigger would move ever so slightly when pulled but nothing would happen with the hammer. I couldn’t even let it down with my thumb while pulling the trigger. Thompson Center suggested we send it in for repairs. Thompson Center doesn’t realize that opening day is Saturday. I was bummed to say the least.

Somehow, it started working normally again. I fired a few shots and it was still shooting a fine group at seventy-five yards (the one to the right in the picture was not mine). It’s still working tonight, but I’m nervous that I will malfunction come Saturday morning. If it does I guess I’ll just take a video of the big buck that walks by. With the way this year is going so far, that’s probably just what will happen.